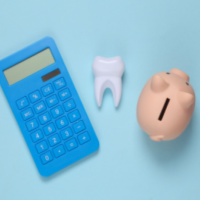 The government has announced plans to strengthen regulation for Buy-Now Pay-Later deals, including credit for dental work.

Ministers revealed plans to protect consumers with tougher regulations on Buy-Now Pay-Later arrangements on Monday 20th June. Under new guidelines, lenders will be required to carry out additional affordability checks and ensure that adverts are clear and fair with no risk of misleading the public.

Buy-Now Pay-Later schemes can be beneficial for consumers who want to buy products or services without paying the full amount up-front. However, there are risks involved, as consumers don’t have access to the full range of protection protocols that are used for other types of loans and credit agreements.

The government is bringing in new measures to make protection more robust for people who choose to buy now and spread the cost. Lenders will need to conduct additional checks to ensure that customers can afford to take out an agreement. They should also be approved by the Financial Conduct Authority. Under the new guidelines, borrowers will also have the right to make complaints through the Financial Ombudsman Service.

In addition to Buy-Now Pay-Later schemes, other short-term credit agreements will also be subjected to the same checks. This includes loans for dental work and new household items, such as furniture.

The proposals are designed to strengthen the economy while also enhancing protection for consumers who want to make purchases and spread the cost. The government has confirmed that it will publish a ‘consultation on draft legislation’ by the end of the year.

This entry was posted on Tuesday, June 28th, 2022 at 9:04 am and is filed under General. Both comments and pings are currently closed.