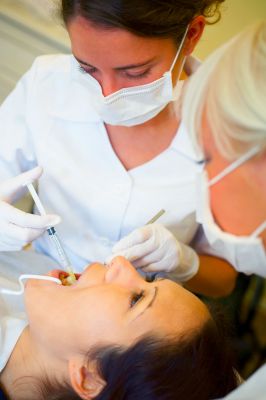 Members of staff from a Gloucestershire dental firm are celebrating a landmark occasion. Prima Dental has now been trading in the county for 40 years and business is better than ever.

The firm, which is based in Quedgeley, now employs 130 people and there are plans for further recruitment in the near future. Since the company moved to Gloucestershire, sales have grown significantly, with profits increasing by 46 per cent.

Prima Dental has its origins in companies that were founded more than 100 years ago, but the firm relocated to Gloucestershire in 1974 and has gone from strength to strength. Sales are up by 20 per cent and the firm is now regarded as one of the UK’s leading manufacturer of dental drills.

Four years ago the firm moved from Bristol Road in Gloucester to a larger unit on Waterwells Business Park.

To celebrate the 40 year anniversary of the move to Gloucestershire, the team is opening the unit to visitors on the 22nd of March. Tours will be running to show people what goes on during the manufacturing process and how drills are made.

Annette John, general manager, said that the tours will showcase the company but also highlight the range of jobs and employment opportunities available at the company.

The firm will be hosting the open day between 10am and 2pm.

This entry was posted on Thursday, March 13th, 2014 at 12:26 pm and is filed under Dental firm sponsor. Both comments and pings are currently closed.