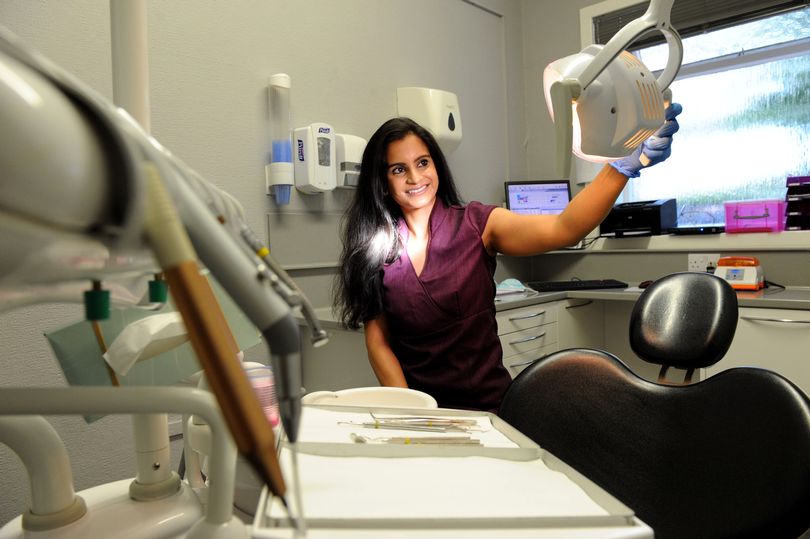 A dentist from Paisley, near Glasgow, has swapped the surgery for the screen after appearing in a Bollywood film.

Seema Luthra originally signed up to be an extra in Bellbottom, starring Bollywood icon, Akshay Kumar, but ended up with a speaking part. The 34-year-old from Kelburne Dental Surgery, said that the experience was very different from her day job and added that it was “quite something” to star in the same scenes as Akshay.

Initially, Seema took on an extra role during filming for a chess tournament for the movie, which was shot at a warehouse in Springburn, but she impressed the producers and was cast as a check-in attendant working during a hijacking scene filmed at Prestwick Airport.

Seema was thrilled to get the opportunity to star in the movie, as she has always been a huge fan of Bollywood, but she wasn’t sure whether her scenes made it to the final cut. It was only when the postmaster at the local post office commented to Seema’s parents that he had seen the movie that she realised her scenes had been included in the film.

To celebrate the release of the film, Seema went to watch the movie at the cinema in Silverburn and was recognised by fans. Akshay Kumar is one of the most famous Bollywood stars, with over 100 films under his belt and a fortune reported to be worth £237 million. Seema was the only Scottish Asian female to land a speaking role.

This entry was posted on Friday, September 10th, 2021 at 9:07 am and is filed under Scotland. Both comments and pings are currently closed.