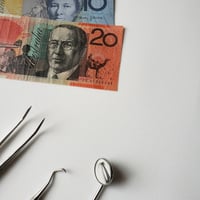 Gaps between the rich and the poor are becoming increasingly apparent in Australia, as demand for public dental services increases at a time when cosmetic dentistry is booming.

New figures from the Australian Dental Association (ADA) show that 1 in 4 people who have access to public dental services don’t have the minimum number of natural teeth (21 out of 32) to facilitate healthy mouth function. A third of those who are eligible for public dentistry are also avoiding eating a wide range of foods as a result of dental problems.

Callie Westbrook, from the Sunshine Coast, had just 12 remaining adult teeth at the age of 37, but she waited on a list for treatment in Queensland for 6 years. During the time she was waiting to see a dentist, Callie’s dental health deteriorated and small problems, like mild decay, developed into more complex issues that affected the whole of the mouth. At one point, Callie was even refused emergency treatment for an abscess. At her lowest point, she remembers calling her mum in the early hours of the morning sobbing and saying she couldn’t cope with the pain any longer.

Deputy chief executive of the ADA, Eithne Irving, said that the latest figures are worrying, especially as they show that oral health standards are heading in the wrong direction. The proportion of people with untreated decay has increased from 25.5% in 2018 to 32.1%. The ADA is calling for the government to do more to prioritise oral health and to improve access to public dental services for patients.

This entry was posted on Thursday, March 19th, 2020 at 4:30 pm and is filed under General. Both comments and pings are currently closed.