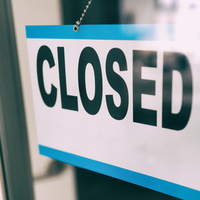 A dentist who used to work for Finest Dental has described the collapse of the chain as a “scandal.”

Dr Charles Lister, an employee at one of the firm’s cosmetic dental clinics, said that the situation was the “worst failure of any corporate dental body the UK has ever seen” in an interview with the BBC.

Finest Dental folded in February, leaving thousands of dental patients out of pocket. Reporters from the BBC spoke to 87 patients following the sudden closure of the chain’s practices. In total, the group interviewed had already spent over £540,000 on work that had never been carried out.

Prior to the closure of Finest Dental’s clinics, numerous patients contacted their local newspapers and used social media to share stories of being let down by the firm. Patients had appointments cancelled, and many were experiencing difficulty in getting through to ask questions about when they would be having treatment. In many cases, patients had already paid bills for treatments that would never materialise. In February, it became clear that the chain was in trouble, and the clinics shut. Patients found notes on the door and groups formed on sites like Facebook to demand answers.

Dr Charles Lister claimed that the firm had attracted a lot of attention, generating a substantial amount of business that it was unable to fulfil due to staffing levels. A note on Finest Dental’s website suggested that the closure had come out of the blue, but former employees claimed that there had been issues for some time.

One patient affected by the collapse is Gareth Pattinson. Mr Pattinson paid £9,000 to have dental implants fitted, but the firm closed down before his treatment was completed. Not only is he now out of pocket, but he’s also limited to a diet of soft food because he has no teeth.

This entry was posted on Tuesday, March 31st, 2020 at 2:02 pm and is filed under Clinic Closure. Both comments and pings are currently closed.