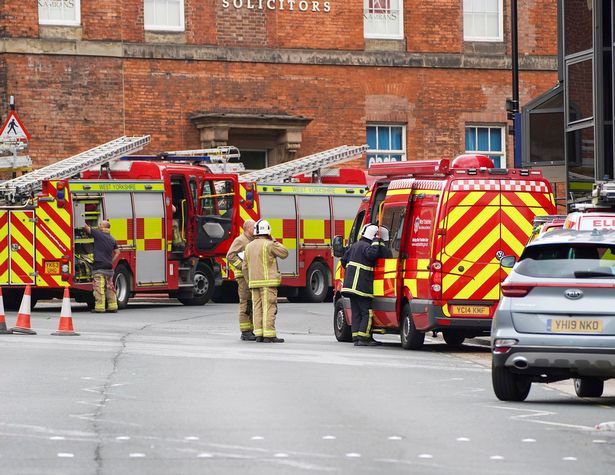 Firefighters were called to a dental practice in the centre of Leeds on Sunday morning (27th June).

Seven crews attended the incident at Clarendon Dental Spa in Woodhouse Lane after smoke was spotted by a security guard. Firefighters arrived on the scene at around 8am on Sunday morning, minutes after the 999 call.

Smoke was seen billowing out of the building as police officers arrived to cordon off the area and close the road, which is close to the Clarendon Wing of Leeds General Infirmary and central shopping areas.

The fire was extinguished effectively by crews, including support units from Hunslet and Killingbeck, by 10.30am.
Investigations carried out once the fire had been successfully put out suggest that the fire was caused by an electrical fault in the basement.

West Yorkshire Fire and Rescue Service station manager at Birkenshaw, Tom Staples, confirmed that crews had been called to the premises in Woodhouse Lane at 8am on Sunday 27th June after a security guard noticed smoke coming from the dental practice.

Nobody was hurt in the blaze but there is damage to the basement and first floor of the building.

This entry was posted on Wednesday, June 30th, 2021 at 11:03 am and is filed under General. Both comments and pings are currently closed.