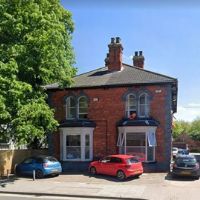 A father and son have been charged with burglary after posing as prospective patients at a dental surgery in Grimsby.

Colin Graves, 42 and his son, Jack Morgan, 25, stole money from behind the reception desk at Dentology. The pair had enquired about registering at the practice to distract the receptionist before taking money from the surgery on Hainton Avenue.

Mr Graves was charged with another count of theft following an incident at the same premises in November 2021, as well as a burglary at the Gala Retail Park and the theft of watches worth £1,200 from The Watch Hospital in Freshney Place in March 2022.

In court, it was revealed that Mr Graves and his son, Mr Morgan visited the Dentology surgery on March 9th. They pretended to be interested in registering at the practice, asking the receptionist for forms and distracting her by requesting a price list. While she was searching for the documents, Graves pushed through the Perspex screen on the desk and stole a petty cash tin, which contained over £200. The receptionist asked the pair to leave and the practice owner contacted the police.

In a police interview, Graves admitted that he had burgled the premises last year but denied any involvement in the incident involving the cash tin. His son provided no answers, responding with ‘no comment’ to every question.

QC Judge John Thackray told Mr Graves that he had missed a “real golden opportunity” to change his life and added that only he could “break the cycle of committing offences.” Mr Graves was sentenced to three years and 10 months in prison, with a requirement to serve at least 23 months.

This entry was posted on Thursday, July 28th, 2022 at 12:34 pm and is filed under Crime. Both comments and pings are currently closed.