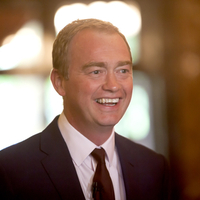 Cumbria MP, Tim Farron, has raised concerns over the impact of a critical shortage of dental places in South Lakeland.

Mr Farron described the situation as “a local crisis” and urged NHS England to act quickly to create more NHS places and provide more patients with local services. Currently, according to the MP, there are no practices in the area accepting new adult patients and very few NHS surgeries have child places available.

Mr Farron said that he receives letters from constituents on a regular basis, many of whom have experienced difficulty finding a dentist. He has subsequently called for NHS England to remedy the issue, and enable people in South Lakes to access the services they require on their doorstep. People are struggling to see an NHS dentist, and this is resulting in them having to pay for private care or travel long distances to have treatment.

The issue of dental access has been discussed at a meeting with Morecambe Bay Clinical Commissioning Group chair, Geoff Jolliffe and local councillors, and all are in agreement that the situation needs to be resolved as quickly as possible.

Tony Lang, from Kendal, is one of many patients who have encountered problems recently. Mr Lang has been an NHS dental patient for many years, and has always found the service excellent, but two weeks ago, he was told he would no longer be able to access NHS dental care at his local practice. Mr Lang and his wife attempted to register with other surgeries after receiving the news, as they cannot afford to go private, but they were only offered the chance to join waiting lists.

This entry was posted on Tuesday, November 20th, 2018 at 9:13 am and is filed under General. Both comments and pings are currently closed.