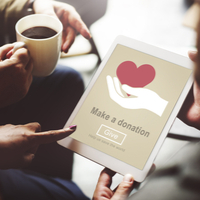 A dental team from Easter Ross has started 2020 with a smile after smashing its annual fundraising target in 2019.

The team from Tain Dental Centre in The Highlands set a target of £5,000 as part of a celebration of its fifth anniversary. The aim was to raise money for Highland Hospice, a facility, which costs around £4,500 per day to run.

Having devoted a huge amount of time and effort to fundraising throughout the year, the team was delighted to find that the total far exceeded the target. In fact, members of staff smashed their challenge, raising double the amount. By organising and taking part in a series of events and sponsored activities, the intrepid, caring team raised a staggering sum of £10,000.

Over the course of the year, individuals and groups have completed a raft of challenges, including the Inverness Half Marathon, the Beast Race, Etape Loch Ness and the Tain Gala 5K. Members of staff also completed Dry January and succeeded in going vegetarian for a month. During the festive season, dentists and nurses also volunteered their time at a Christmas grotto at the Eastgate Centre in Inverness, offering people the chance to sponsor an elf. The team has also been refining metal waste generated by dental crowns and asking patients to donate when having treatment.

Eddie Bateman, from the practice, said that the hospice is a cause that means a lot to the local community and the team, especially as a former colleague who had been suffering from cancer passed away last year. Having reached the target of £5,000 by July, the dedicated fundraisers decided to push the limits and aim for £9,000 by the end of the year. Everyone was thrilled when it was revealed that the total had reached the £10,000 mark.

This entry was posted on Tuesday, January 7th, 2020 at 12:15 pm and is filed under Charity. Both comments and pings are currently closed.