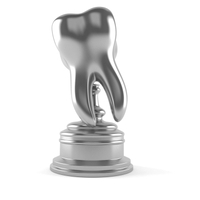 A dental team from Dorchester is starting 2020 in style after scooping a string of awards at the end of the year.

Members of staff from South Coast Dental Specialists ended the year celebrating successes in the Best Referral Practice (South) and Practice of the Year (South West) classes. The clinic was also highly commended in the Patient Care category at the Private Dentistry Awards 2019 in London.

The most recent victories come after the practice was also awarded the Best Anaesthetic Dental Practice in the UK and the Best Restoration of a Single Dental Implant in the UK in 2019.

Principal dentist at South Coast Dental Specialists, Graham Browning, described the awards as “an honour” and said that it was fantastic for the whole team to be rewarded and for their hard work, dedication and clinical expertise to be recognised.

The practice was opened by Mr Browning in 1996, and over the course of the last 20 years, it has expanded, with new clinics opening in Wimborne and Dorchester and new dentists joining the team.

Having finished the year on a high, Mr Browning and his team already have grand plans for 2020. In the coming months, a new orthodontist will be joining the orthodontic department in Wimborne and the practice is also developing its oral surgery service. Sedation dentistry will also be available for anxious dental patients.

This entry was posted on Thursday, January 2nd, 2020 at 4:16 pm and is filed under Dental Awards. Both comments and pings are currently closed.