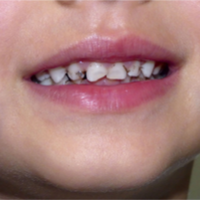 Doncaster has been named as England’s worst place for childhood dental decay. Recent figures show that extraction rates are five times higher than the national average in the South Yorkshire town.

Statistics suggest that more than 90% of dental extractions carried out in English hospitals are due to extensive decay, despite the fact that the almost all cases of decay are preventable. In England, more than 38,300 extractions were carried out on children with decayed teeth in 2017/2018. This equates to around 105 procedures per day.

After analysing figures from the NHS, the British Dental Association suggested that children in parts of Yorkshire and the North West are up to five times more likely to need their teeth extracting than those living in more affluent regions. Doncaster took the unenviable title of the worst town for tooth decay, but it was closely followed by Rotherham, Preston, Sheffield, and Blackpool.

Mick Armstrong, chair of the BDA, slammed the “postcode lottery” and called for urgent intervention to close gaps between the North and the South and improve standards of oral health among children living in poorer areas of the country. The organisation also reiterated its disdain at the lack of a national programme designed to boost oral health. In Wales and Scotland, initiatives focused on oral disease prevention, namely Childsmile and Designed to Smile, have been incredibly successful and the BDA wants to see a similar scheme introduced in England.

This entry was posted on Thursday, March 7th, 2019 at 5:00 pm and is filed under Children's Dentistry, Oral health. Both comments and pings are currently closed.