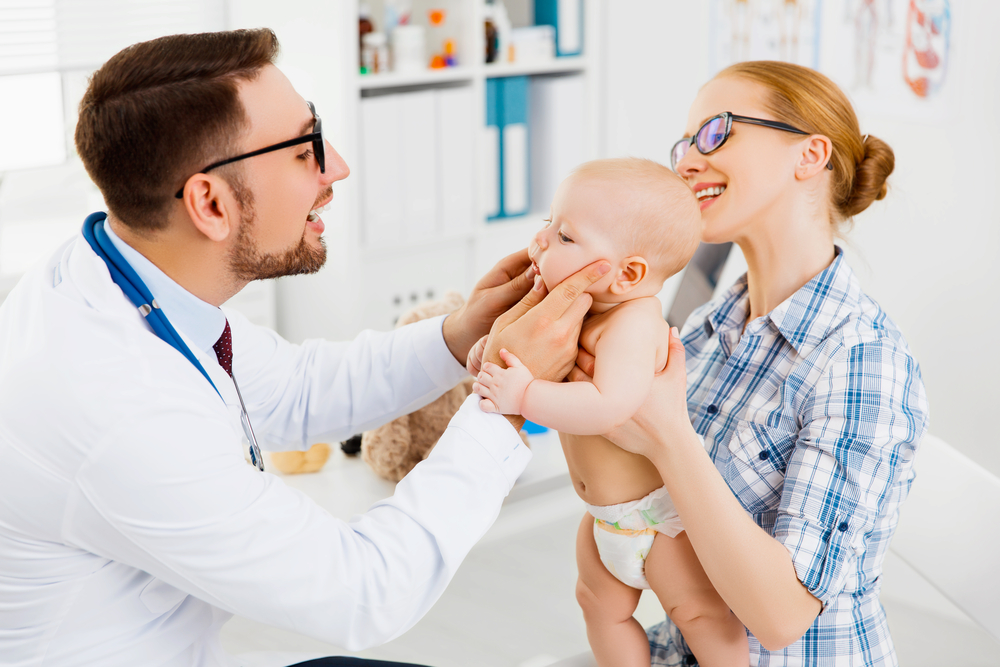 A mother from Devon has been telling of her shock and surprise after taking her 12-day old baby to see the dentist to have a tooth removed. Dentists at the Seven Trees Dental Access Centre said that baby Isla-Rose Heasman was their youngest ever patient.

Isla-Rose was born with a tooth, which needed extracting because it was wobbly. Jasmin Heasman, Isla-Rose’s mum, said that she never expected to have to take her daughter for a dental check-up at such an early age, but extraction was recommended based on the fact that the tooth was unstable. Usually, babies only start to develop their milk teeth at the age of around 6 months, so this was a special case for the dental team.

Jasmin said that Isla-Rose was incredibly good during the procedure, and she was rewarded with a sticker for bravery. Jasmin joked that her tiny new-born was a lot braver than she was, as she couldn’t bear to watch the extraction and left the room, leaving Isla-Rose in the safe hands of dentist Alaa Jebur. Although Jasmin suggested that it was a little weird seeing Isla-Rose without the infamous tooth for the first time, the dental team said that there shouldn’t be any long-lasting implications and the teeth should develop as normal. Dr Jebur had been on call at the hospital right at the time Isla-Rose was born, and said that it was “a lovely coincidence” that she was on rotation when Jasmin brought her baby into the access centre for the procedure.

The British Dental Association estimates that around 1 in 2,000 baby are born with teeth.

This entry was posted on Monday, August 6th, 2018 at 4:30 pm and is filed under Children's Dentistry. Both comments and pings are currently closed.