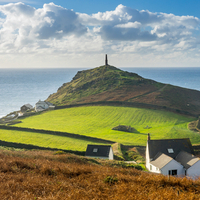 Dental patients based in Devon and Cornwall are the worst affected by access problems in England, new figures confirm.

A shortage of dentists and a lack of dental places mean that some patients in the South West are facing round trips of over 100 miles to see a dentist. Thousands are also on waiting lists and some have been forced to see a private dentist because they cannot get an appointment at an NHS practice.

According to the British Dental Association, around 450,000 people in the region are missing out on NHS care, which equates to more than 10% of the population. Analysis conducted by the body shows that over 170,000 people have tried and failed to get a dental appointment and 23,000 people are on waiting lists. A further 48,000 people said that they couldn’t afford NHS dental charges.

Access to dental care in the South West is an increasingly worrying issue for patients and health professionals, but this is not the only region affected. Although the situation is more severe here, the same issues are impacting patients throughout England and across Wales.

As the election campaign ramps up and polling day draws close, Labour has made the first move in terms of dental policies, revealing plans to scrap fees for check-ups, dental X-rays and scale and polish services. The policy has been welcomed by some, but critics have questioned how the move will be funded and raised concerns about shortages of dental professionals.

The British Dental Association has accused successive governments of failing to identify dental care as a priority and called for whoever wins the next election to act immediately to prevent the situation from getting even worse and ensure patients have access to the services they need.

This entry was posted on Friday, November 22nd, 2019 at 2:21 pm and is filed under General. Both comments and pings are currently closed.