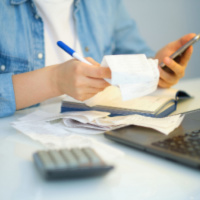 Dentists have urged the government to freeze NHS dental charges as the cost of living continues to soar.

Eddie Crouch, chair of the British Dental Association, has written to the health secretary, Sajid Javid, on behalf of all dentists in England. In the letter, Mr Crouch encouraged Mr Javid to avoid a price hike with inflation at a 40-year high and people struggling to make ends meet.

Mr Javid has already confirmed a freeze in NHS prescription charges and stated that the government cannot avoid increases in living costs, but it will help where it can.
Studies dating back to 2009 indicate that cost was the most significant barrier to dental treatment in the UK, with 20% of patients admitting that they delay or avoid treatment for financial reasons. Since then, prices have risen year on year in England.

Mr Crouch appealed for extra funding for NHS dentistry and stated that “recent hikes” must end. He outlined a price freeze as a “vital first step” and said that people must not be put in a position where they have to choose between “heating, eating or seeking NHS dental care.”

BDA estimates indicate that the government would need to spend £880 million per year to restore the service to “2010 levels.”

This entry was posted on Thursday, May 26th, 2022 at 8:45 am and is filed under NHS Dentistry. Both comments and pings are currently closed.