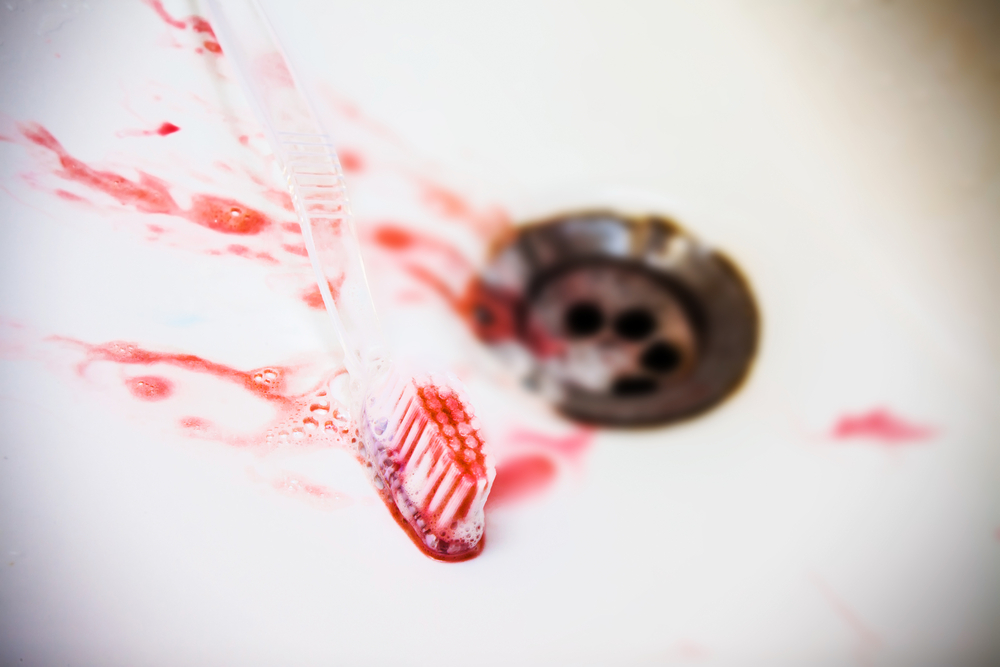 Dentists have urged patients to be wary of the symptoms of gum disease, after a survey revealed that many people ignore bleeding gums.

A recent poll by GSK suggested that around 20 percent of people would ignore bleeding gums, with 15 percent stating that they believed bleeding during brushing and flossing was normal.

In response to the survey findings, Dr Tina Tanna has urged people to be more vigilant when it comes to gum disease warning signs. Bleeding gums is an early indicator of gum disease, and it’s not normal. It’s important to treat gum disease early, as the disease can become more advanced quickly, and severe gum disease causes irreversible damage to the gums and the supporting bone structure. This results in early tooth loss.

Although 87 percent of those surveyed agreed that bleeding gums could be a sign that something isn’t quite right, only 24 percent of participants said that gum disease was their greatest oral health fear.

Dr Tanna said that there seems to be an assumption that the symptoms of gum disease will just disappear, but actually, leaving them untreated is the worst thing you can do. If you do spot signs of gum disease, such as traces of blood when you spit after brushing, swollen or sore gums, and redness in the gums, it’s wise to schedule an appointment with your dentist as soon as possible. Mild gum disease is relatively easy to treat, and seeing your dentist will help to reduce the risk of complex problems dramatically.

This entry was posted on Thursday, May 4th, 2017 at 1:00 pm and is filed under Gum disease. Both comments and pings are currently closed.