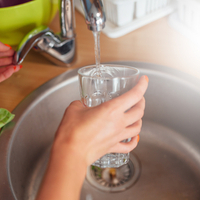 The Local Dental Committees, which represent over 25,000 NHS dentists, have voted in favour of supporting local authorities that have put forward plans for water fluoridation.

Recently, the committee passed the motion to back those authorities that had expressed an interest in taking plans to provide fluoridated water forward unanimously. The vote represents a significant milestone for the authorities, which have come together to form the Community Water Fluoridation Network.

The primary role of the newly-established network is to ensure that advice and information provided at public consultations is based on scientific evidence and facts and to ensure that proposals accurately reflect the needs of local residents and families.

The network has received widespread support from health bodies and organisations, including NHS England, the British Dental Association, the British Society of Paediatric Dentistry, the British Fluoridation Society, the National Children’s Bureau and the Association of Dental Groups.

Dentist, Simon Hearnshaw, who works for Health Education England, put forward the motion, and he was delighted with the level of support in favour of the authorities’ plans to press on with water fluoridation. The response highlights the strength of feeling on the matter of fluoridation among dental professionals.

Fluoridation is a controversial subject matter, but it is a measure widely supported by health professionals. Fluoride is known to strengthen the enamel and lower the risk of decay, and dentists believe that providing young people, especially those in deprived areas, with access to fluoridated water could have a hugely positive impact on standards of oral health. Tooth decay is currently the number one reason UK children are admitted to hospital.

This entry was posted on Monday, June 17th, 2019 at 9:48 am and is filed under General. Both comments and pings are currently closed.