Dentists crown Princess Beatrice the royal with the most attractive smile 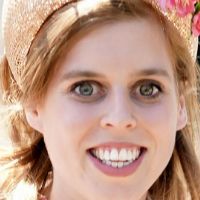 Dentists have crowned Princess Beatrice the royal with the most attractive smile.

Using state-of-the-art software, dentists at Expressdentists.com analysed the smiles of members of the Royal Family. Advanced algorithms determined that Princess Beatrice, who is tenth in line to the throne, had the best smile. Her sister, Princess Eugenie, came in second place, followed by Meghan Markle, the Duchess of Sussex, in third place. Princess Beatrice scored 9.09 out of 10. Her nearest rival, Eugenie, scored 7.27.

The Duchess of Cambridge and her husband, Prince William, the Duke of Cambridge, took the remaining two spots in the top five. They were followed by Prince Charles, Prince Harry, Princess Anne, the Queen and Prince Edward.

The study used algorithms to “approximate the geometric golden ratio” of each family member’s smile and grade whiteness according to ‘RGB colour estimates.’ The ranking was then calculated using the whiteness and golden ratio estimations.

The dentists involved in the study explained that photographs were selected according to strict criteria with a ‘standardised’ sample of up to six images per person used for analysis.

The visual software uses a “facial landmarking algorithm” to identify “prominent facial features that served as anchor points from which to calculate facial geometric ratios.” These facial landmarks are used to determine the estimated golden ratio of each picture. After analysis, each member of the Royal Family had an overall score taken from the averages of their images.

This entry was posted on Tuesday, June 28th, 2022 at 9:01 am and is filed under celebrity dentistry. Both comments and pings are currently closed.