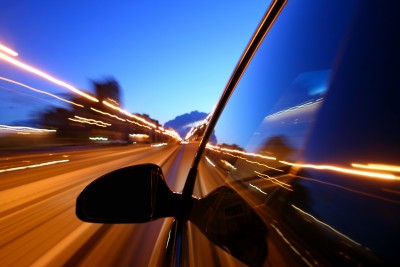 A dentist from Pembrokeshire, Wales has joined police in supporting a campaign to stop drink driving, after losing his wife in a car crash caused by a drunk driver.

Dr Mark Boulcott, from Herbrandston, is supporting this year’s All Wales Anti Drink and Drug Driving Campaign, after his wife, Karen was killed while riding in the side car of his motorbike. The bike was hit by a car, which was driven by a 21 year old who was three times over the legal drink limit. The young driver had also taken an ecstasy tablet.

The accident, which happened six years ago, left the dentist with permanent injuries and he is now dedicated to preventing similar accidents happening in the future. Dr Boulcott said that the driver should never have got into the car and his passengers had a duty to stop him from driving in the state he was in. He was over the limit and had also taken drugs and had he not got behind the wheel, Karen Boulcott would still be alive.

Dr Boulcott was severely injured in the accident and spent two months in hospital. Doctors were amazed that he survived, but he has been left with physical disabilities.

Speaking about the anti-drink and drug driving campaign, Dr Boulcott said that he is a great supporter of the cause and comes out every year to back the scheme. He spends time talking to people not only about how his life has been affected by drink driving, but also how his son was affected, who was just 13 years old when the incident occurred and lost his mother and almost his father too.

Welsh police forces will be stepping up the efforts to stop drink driving and encourage people to think before they get behind the wheel. Officers say that with summer approaching, drink driving is a danger, as people often have a few beers at a barbeque or garden party and think they are fine to drive home just because they have not had a full-blown night out.

This entry was posted on Thursday, June 21st, 2012 at 9:14 am and is filed under General. Both comments and pings are currently closed.