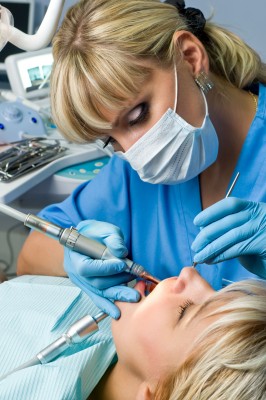 A dentist from the Cotswolds has quit the Olympic dental team as a result of unreasonable hours and a lack of organisation.

Kathyrn Smith, from Chipping Manor Dental Practice in Cirencester, signed up to work at the Games, believing it would be a once in a lifetime opportunity; however, six days ago, she quit, claiming that the system was badly organised and the hours were “unreasonable.”

Kathryn quit the team after receiving her rota, which she said expected her to work up to 60 hours per week free of charge with less than 7 hours of sleep between some shifts. She asked for a more reasonable rota, but claimed that after a couple pf months of trying to sort out the situation, that it was too stressful and eventually she quit.

Dr Smith said that there was a clear lack of organisation and an expectation for dentists to work long hours with little sleep, which carries risks due to the nature of the work.

In response to Dr Smith’s comments, a spokesman for London 2012 said that creating rotas for 70,000 volunteers was very difficult and confirmed that volunteers are warned about long hours.

This entry was posted on Thursday, August 2nd, 2012 at 10:07 am and is filed under General. Both comments and pings are currently closed.