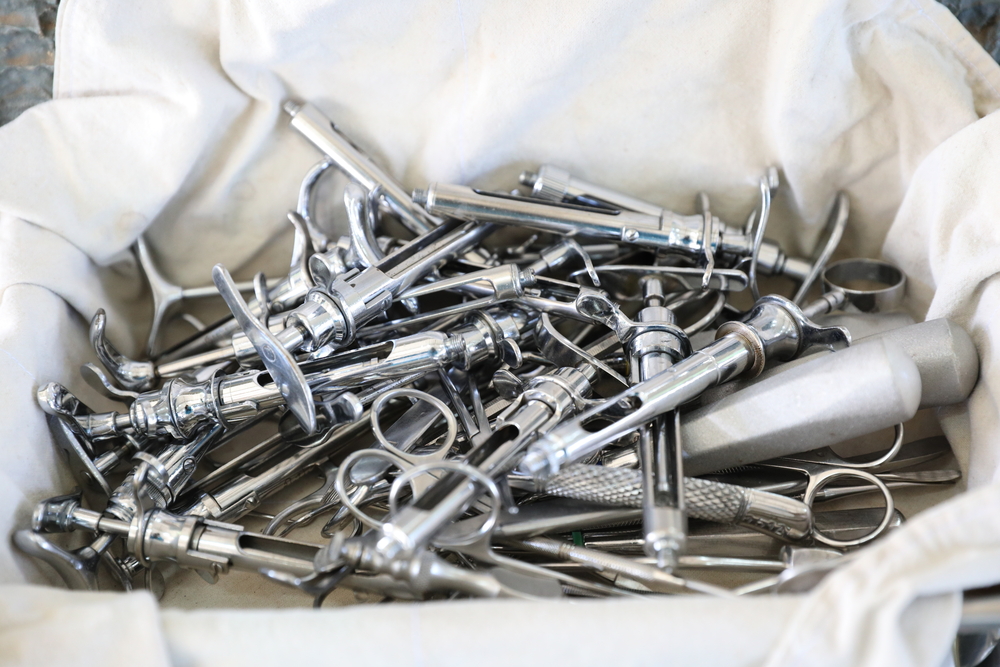 A dentist at a Veterans Affairs hospital in Tomah, Wisconsin, has resigned from his duties after reports revealed he may have infected up to 600 patients with dirty equipment.

Some of the diseases feared to have been exposed include HIV, hepatitis B and C. Now patients are expected to wait anxiously for the results of a series of tests to determine the severity of exposure.

Last week, officials announced the dentist at Tomah Veterans Affairs hospital was guilty of re-using his own dental tools instead of the sterilized disposable ones the VA regulations require.

According to Victoria Brahm, acting medical director at the Tomah VA Center, “It was deliberate that he was violating the hospital regulations.” She also stated that he brought his own dental burs and sterilised them with salt and a wipe, and a solution of Virex, something the hospital does not endorse. In fact, the standard has long been phased out of practice.

Experts in Oral Health at Advanced Dental Concepts told us, “The salt-wipe practice has been stopped decades ago, and every dentist is required by standards to place any reusable tools through an autoclave for sterilization.”

Victoria Brahm maintained that the dentist used the hospital-approved equipment appropriately during the in-house orientation. It is therefore a deliberate act of professional negligence for him to have flouted the standards towards his own patients.

The breach of hospital standards was first noticed by a substitute assistant and reported the issue to authorities immediately. The previous assistant, who was replaced by the substitute at the time, is now being investigated by the VA administration for possible complicity in the incident.

The dentist faced administrative proceedings on Monday and subsequently resigned from his duties at the hospital. The case is also being reviewed for criminal charges by the dental licensing board in Texas.

In the meantime, the 592 patients involved with the dentist since October 2015 -when he started- have been contacted and are awaiting conclusive tests. So far, about 54 of them had crown or bridge fixtures which are usually inserted with dental burs.

Paul Ryan inquired at the hospital’s accountability and urged medical institutions to accord veterans care and respect they deserved.

Although actual risk of infection is low, the measures being taken by the Veterans Affairs hospital are out of abundance of caution.

According to American Dental Association, all working dentists, dental subsidiaries and labs must utilize suitable infection control practices defined in the 2003 Centers for Disease Control and Prevention Guidelines.

It contains comprehensive and fact-based information for disease control procedures relevant to the dental office. They ensure adequate protection of dental care workers and their patients.

The American Dentist Association also states that all dental workers be current on scientific information leading to the improvements in infection control, risk evaluation and disease management in oral health treatments.

The following are ways to control infection:

However, some hospitals go the extra mile to put all disposable products, which often arrive in bulk, into pre-sealed, hospital-style sterile packages. The contents of the pack contain all disposable materials used during a doctor’s treatment session. By assigning each patient their own pack, the risk of cross-contamination is greatly reduced.

This entry was posted on Wednesday, January 25th, 2017 at 5:30 pm and is filed under Oral health. Both comments and pings are currently closed.