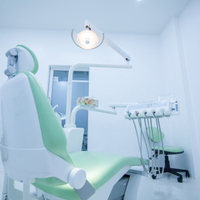 The number of people going to the dentist for regular appointments has fallen to a 10-year low, according to new statistics released by NHS Digital.

The figures show that just 50.2% of adults went to the dentist in the last 24 months, despite the fact that dental professionals recommend routine checks every 6-12 months. This figure represents a 2.3% fall since the previous 2-year period.

The new statistics revealed that adults living in London were most likely to dodge the dentist, with only 44 percent going to the dentist. Attendance rates were highest in the North West, where 55.7% of adults have seen a dentist in the last two years.

Chair of the British Dental Association’s general dental practice committee, Dr Dave Cottam, said that it was unsurprising that dental attendance has fallen, given that the system is ‘under-funded’ and there is a “recruitment crisis” that is making it harder for patients to access services.

New statistics also showed that the proportion of children seeing a dentist has risen very slightly from 58.6% to 59%. Despite the rise, Prof Michael Escudier, Dean of the Faculty of Dental Surgery at the Royal College of Surgeons, said that far too many children are not attending regular dental checks. Dental care is free of charge on the NHS for under 18’s, and parents should be made aware of the availability of NHS dental services and encouraged to take their children every 6 months from the age of 12-24 months. Decay is currently the leading cause of hospital admissions among children in the UK.

This entry was posted on Monday, September 2nd, 2019 at 10:55 am and is filed under General. Both comments and pings are currently closed.