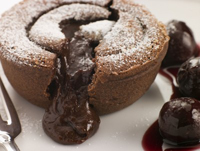 The British Association of Dental Therapists (BADT) has given its support to a campaign to ban television advertising for junk food products before 9 o’clock.

The British Heart Foundation has appealed to the government to include the ban in its new Childhood Obesity Strategy, which is expected to be released in the coming weeks.

Research suggests that millions of children and teenagers are subjected to advertising for fast food and unhealthy food products when they watch television in the evenings. Although advertising is banned on channels specifically aimed at children, adverts are still shown on the main channels, which show programmes popular with a young audience before the watershed. The report used shows including the X Factor and Hollyoaks as examples. The British Heart Foundation found there were more than 90 adverts for junk food, fizzy drinks, confectionery and takeaways during the X Factor breaks in the most recent series.

BADT president Fiona Sandom confirmed that the BADT is supporting the campaign and claimed that research suggests a strong link between advertising and the consumption of junk food. A Swedish study carried out in 2014 showed that children are up to 50% more likely to consume sugary drinks while watching television and the longer they watch, the greater the chance, as they are exposed to more adverts.

This entry was posted on Tuesday, January 26th, 2016 at 11:29 am and is filed under Oral health. Both comments and pings are currently closed.