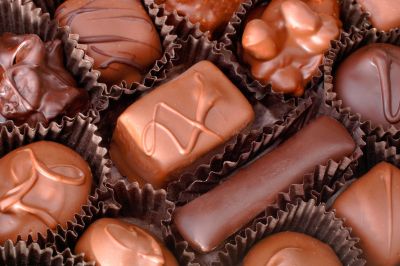 A survey carried out by the British Dental Health Foundation has revealed that chocolate makes us smile more than anything else.

The survey, which was conducted as part of the National Smile Month campaign, showed that people enjoy the simple pleasures, with a bar of chocolate topping the poll for ‘things that make you smile’. Chocolate narrowly beat seeing a loved one, which came in second place.

The love of chocolate was particularly strong amongst women, with 60 percent mentioning chocolate in their favourite list of items, but chocolate was less popular than a roast dinner with male participants.

The survey also revealed that many people responded positively to other people smiling, with a third of people surveyed saying that they immediately felt happier when they saw another person smile.

Survey participants revealed that the colour that made them feel happiest was yellow, as people associated it with summer.

Dr Nigel Carter, chief executive of the BDHF said that he hopes that this year’s National Smile Campaign, which ended yesterday, has made people smile whilst also encouraging them to take good care of their teeth and gums.

This entry was posted on Thursday, June 16th, 2011 at 9:32 am and is filed under General. Both comments and pings are currently closed.