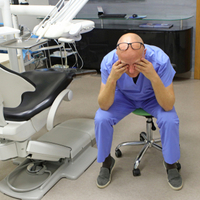 Dental staffing levels have hit “crisis” point, according to the leader of the Liberal Democrat Party, Sir Ed Davey.

In some areas, the figure is far higher. Data for Oxfordshire suggests that dentist numbers have fallen by 7% and in some parts of Greater Manchester, including Bolton, over 20% of dentists have either gone private or left the profession.

Sir Davey said that the loss of NHS dentists is a “real crisis” as people are unable to access treatment for short-term problems, which then become more complex.

Patients are in pain and they can’t find an NHS dentist to get the treatment they need. Many people are also “storing up” issues, which will increase pressure on dental services in the future and impact standards of oral health.

The chair of the British Dental Association, Eddie Crouch, suggested that dentists are leaving the NHS in large numbers because they feel undervalued and they are working under intense pressure.

Contract reform is required urgently and more money needs to be invested in dental services to prevent the situation from getting even worse.

This entry was posted on Wednesday, January 19th, 2022 at 9:35 am and is filed under NHS Dentistry. Both comments and pings are currently closed.