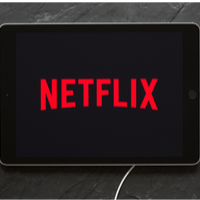 Dental professionals have urged streaming platforms to remove a documentary, which links root canal treatment to an increased risk of cancer.

Dentists, researchers and specialist endodontists have slammed the makers of ‘Root Cause’ and accused streaming services of spreading inaccurate, potentially harmful messages. The film, which was made by Australian Frazer Bailey, documents the film-maker’s journey as he tried to identify the cause of chronic fatigue, depression, and anxiety. During the 72-minute feature, Bailey tries a host of techniques and therapies, ranging from juice cleanses and medication to even drinking his own urine, but he eventually decides, with the help of holistic dentists, that his health issues stem from a root canal procedure he had when he was younger.

The documentary, which has now been removed by Netflix, makes claims that root canal treatment can increase the risk of some forms of cancer, as well as heart disease. Bailey claims that infections within the root canals, which do not cause symptoms, can contribute to an elevated risk of a host of illnesses in line with traditional Chinese beliefs that state that bacteria and toxins travel through the body via a network of systems that are compared to ‘meridian lines.’

Perhaps the most audacious claim is that 98% of women with breast cancer have had a root canal on the same side as the affected breast.

This entry was posted on Wednesday, March 6th, 2019 at 5:00 pm and is filed under Dental Phobia, Oral health. Both comments and pings are currently closed.