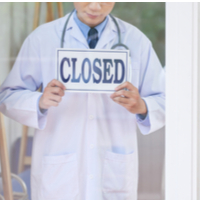 There is a real risk of dental practices closing in Northern Ireland without urgent funding, the British Dental Association has warned.

In a letter to Arlene Foster and Michelle O’Neill, Richard Graham, from the BDA, claimed that dentists will go out of business if Stormont doesn’t provide an urgent cash injection. Mr Graham stated that dentists are “at their wits end” and described the scale of the financial impact on the industry as “unparalleled.”

In addition to the financial losses sustained during the prolonged lockdown during March, April and May, Mr Graham suggested that dentists are facing months of hardship ahead as a result of the restrictions currently in place. Patient numbers are capped and services are limited. The result is a large proportion of practices facing financial ruin. At present, clinics are running at significant losses, with reduced income compounded by increased expenses, including soaring PPE costs.

Mr Graham claimed that dentists and dental bodies had made several attempts to highlight the gravity of the situation and accused ministers of providing a “wholly unacceptable” response. There has, so far, been no assistance provided for dentists, and there are concerns that several businesses could go bust in the coming months.

In light of the situation, Mr Graham is calling for the Executive to implement an urgent support package for private dentists and those who run mixed private and NHS clinics. The package, Mr Graham writes, should facilitate the restoration of general services and take additional running costs dentists will incur in the future into account.

This entry was posted on Friday, July 17th, 2020 at 11:43 am and is filed under 'Invisible' braces. Both comments and pings are currently closed.