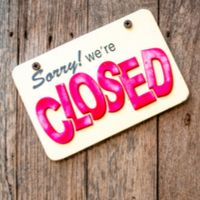 Dental patients in Portsmouth are facing an uncertain future, after a chain closed three clinics in the city.

Colosseum Dental has confirmed that three city centre dental practices will close, leaving up to 20,000 patients without an NHS dentist. The closure will mean that there are currently no NHS surgeries in the area accepting new patients. The nearest places are in Gosport, which is a ferry journey away, and Havant, which is 30 minutes by car.

One patient who has been affected by the news said that they had received a letter indicating that they would receive continued care from another provider, but when they contacted the surgery in question, they were informed that all patients were being added to waiting lists, and appointments could not be guaranteed. As the closure affects 20,000 people, it is highly likely that many will be forced to wait to see a dentist, to pay for private treatment or to travel to another town while a solution is identified.

Colosseum Dental suggested that it was closing the three Portsmouth practices due to ‘business reasons,’ and the move has been heavily criticised by local MPs. MP for Portsmouth South, Stephen Morgan, said that poorer patients would be hit hardest by access problems created by shutting three busy clinics in the centre of town. Describing the situation as “deeply concerning,” Mr Morgan called on the NHS to act quickly and also urged the government to make urgent improvements to the NHS dental care system.

Colosseum Dental took over the NHS contracts in 2017.

This entry was posted on Wednesday, June 12th, 2019 at 10:12 am and is filed under General. Both comments and pings are currently closed.