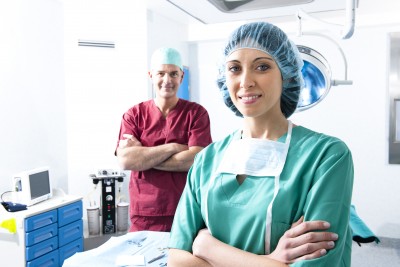 A dental nurse from Uttoxeter has bravely taken part in a charity skydive in memory of her brother.

Kelly Bradley jumped from 15,000 feet last weekend to raise money for the charity PAPYRUS in memory of her brother, Dan, who took his own life in 2012.

Kelly had a target of £500 when she first started planning the jump, but has since raised more than £3,000 for the charity, which helps people affected by suicide and provides support for people who are struggling with suicidal thoughts.

On Sunday morning the weather in Uttoxeter was bad, with hailstones falling from the sky, but Kelly was in the first plane of the day and managed to complete her jump. The other flights planned for later in the day were cancelled so she was relieved to have got hers out of the way.

Kelly said that she will continue to support PAPYRUS and is already thinking of new challenges to take on. She said that the charity does amazing work and she is looking into challenges which Dan would have enjoyed. During the jump, she said she felt his presence with her and this gave her a sense of reassurance and reminded her why she was doing it.

Kelly admitted that she was in shock when she discovered the fundraising total and thanked everyone for their well wishes, their support and their generous donations.

This entry was posted on Wednesday, March 26th, 2014 at 12:43 pm and is filed under Charity. Both comments and pings are currently closed.