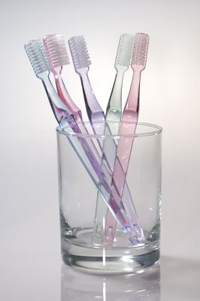 A new report has listed the dental hygienist career as the best healthcare job, followed by audiologist and occupational therapist. The report was compiled by CareerCast.com.

Healthcare jobs are often well-paid, secure and rewarding and the industry employs millions of people. Wages are predicted to increase over the next few years and healthcare employment is one of the few industries that are still flourishing in the current economic climate according to the CareerCast report.

An ageing population and the necessity for health services are driving industry growth. Students who have previously considered pursuing careers in less secure industries are now switching to healthcare because there are jobs readily available.

Tony Lee, publisher at CareerCast.com said that students who are not keen on studying for years or who have not excelled in college should be comforted by the fact that a dental hygienist role, requires only an Associate degree, rather than advanced training.

According to figures in the report, the average salary for a dental hygienist is $68, 109 and the job growth outlook is 38 per cent, which represents a much faster growth than most other jobs.

This entry was posted on Tuesday, September 11th, 2012 at 9:59 am and is filed under General, Oral health. Both comments and pings are currently closed.