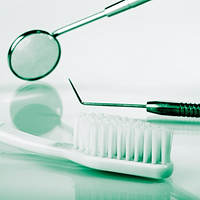 Sarah Tomlinson has taken significant steps towards achieving her career dreams to become a dental hygienist after gaining excellent marks in her university exams. The feat was made all the more incredible by the fact that the 35-year old had been battling a brain tumour in her final year at the University of Essex.

Sarah had been suffering from severe headaches for years before she finally decided to see a doctor earlier this year. She was later diagnosed with a brain tumour, but she was determined the complete the course and become a qualified dental hygienist. Just days after her operation, Sarah submitted a 3000-word essay, spent eight days working on placement, and sat her final exams.

Sarah said that her headaches were incredibly painful, and they left her struggling to move. At the worst points, the pain made her cry uncontrollably, and it took her 20 minutes to get up a flight of stairs. Sarah decided to see her doctor after she suffered persistent pain after a body pump class at the gym in March. She was initially given painkillers, but the discomfort didn’t subside, and further tests were recommended. The gutsy student was told that she had a tumour in the Easter holidays, and she asked for her surgery date to be postponed slightly so that she would be able to sit the final exams. In the end, she ended up having the operation beforehand, as the pain was intolerable. She was admitted to hospital for surgery just 2 weeks and 3 days before her exam.

Now, Sarah is recovering well, and she is working part-time. She was recently awarded the titles of Most Inspirational Person and Leaver’s Queen at the end of year ball.

This entry was posted on Monday, December 5th, 2016 at 10:57 am and is filed under Dental Graduate, General, Oral health. Both comments and pings are currently closed.