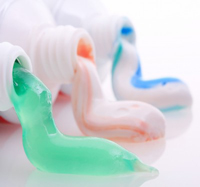 A dental firm has announced that 45 jobs will be lost at a manufacturing plant in Folkestone.

Church and Dwight UK, the company which manufactures Arm & Hammer and Pearldrops products, announced that jobs will be lost at the plant due to the introduction of new technology; the firm is investing £2.1 million in new technology, which will be introduced in December this year. Representatives from the company say that the new technology will increase productivity and efficiency.

Church and Dwight currently employ around 380 people at two sites, offices and a factory in the area; company bosses will consider staff cuts very carefully and it is believed that temporary contract workers and auxiliary staff will be on the receiving end of the bad news.

Andy Routley, managing director of Dwight and Church, said that the decision to introduce new technology has been made following a review of the company’s capabilities and capacity. Routley says that the changes are necessary to increase productivity and ensure that the company can compete on a global level.

This entry was posted on Thursday, May 12th, 2011 at 9:35 am and is filed under General. Both comments and pings are currently closed.