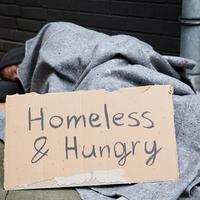 A group of workers from the Oral Health Foundation has successfully completed a gruelling 10k Wolf Run to raise money for a homeless charity.

The charity’s Smile Squad took on the muddy tracks and freezing cold plunge pools of the course, which was located in Lutterworth, to raise money for Crisis. So far, the group has raised more than £650 and the organisations are working together to ensure that every penny benefits those sleeping on the streets. The team was made up of staff from the sales, PR and human resources departments.

Senior press officer and Wolf Run participant, George Bushell, said that the course was great fun, even though it was challenging. Nobody had ever faced obstacles like those on the Wolf Run before, and the team pulled together to get over walls, navigate lakes and crawl through dense mud to reach the finish line. As well as being a great opportunity to raise money for a really important cause, George also said the run was a brilliant team bonding exercise, which he wouldn’t hesitate to recommend to others.

Currently, there are approximately 250,000 homeless people in the UK, and the Oral Health Foundation is working with charities like Crisis to try and improve access to dental care and reduce the risk of dental health issues among the homeless population.

This entry was posted on Tuesday, June 18th, 2019 at 4:54 pm and is filed under Charity. Both comments and pings are currently closed.