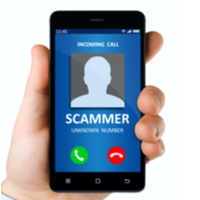 The Oral Health Foundation has issued a warning to patients after discovering that scammers have been giving out a premium rate number for the charity’s dental helpline.

The charity started investigating after a number of people who had called the helpline revealed that they had been charged more than expected. On closer inspection, representatives found that somebody has been giving out a premium rate number. When patients dialled the number, they were put through to the Oral Health Foundation’s helpline, but they were also charged a fee. The helpline, which has handled more than 400,000 calls in the last decade, is a standard rate line.

In light of the findings, the charity has urged patients only to call the local Derby number 01788 539 780.

Head of communications, David Arnold, said that people had contacted the charity complaining about charges they hadn’t been expecting to incur. When patients were quizzed about the numbers they had called, it became evident that they had been given different numbers to the charity’s local rate helpline.

Although investigations into who is behind the scam are underway, Mr Arnold admitted that it would be difficult to track down the culprits, as information has been appearing online. Research conducted by Third Sector revealed that two websites were advertising 0845 numbers for the helpline, which are charged at up to 10p per minute from landlines and up to 40p per minute from mobiles.

Dr Nigel Carter OBE, chief executive of the foundation, encouraged anyone who has found or been given a number that isn’t the local Derby number to get in touch.

This entry was posted on Thursday, February 14th, 2019 at 10:33 am and is filed under Charity. Both comments and pings are currently closed.