Crisis in Carmarthenshire as More Than 1,000 Children Wait for Orthodontic Treatment 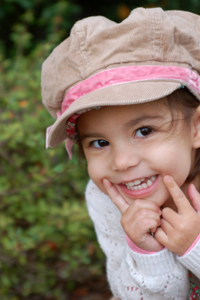 Dental experts in Wales have described waiting times for children’s orthodontic treatment as a “crisis.”

In Carmarthenshire, children are waiting up to 21 times longer than patients in other parts of Wales and more than 1,500 children are currently on a waiting list for specialist care. MP Simon Hart exposed the extent of the problem by asking for figures through the Freedom of Information Act.

Figures show that waiting times are longest in the Hywel Dda area, with Cardiff and the Vale in second place, with 1,019 children currently waiting for orthodontic treatment.

Mr Hart said that he has been contacted by many parents who have had to wait 3 years for their children to start the treatment they need. Mr Hart added that he has also been informed by local orthodontists that the situation will get worse in the future, as a result of the contracts orthodontists are working under. At the moment, they are contracted to fulfil an annual quota and even if this figure was doubled, experts say that it would still take in excess of five years to clear the waiting lists. Mr Hart has called for an urgent investment in services from the Welsh Government.

A spokesperson from Hywel Dda Health Board said that the figures obtained by Mr Hart represent an inaccurate picture of the situation, because thy relate to the number of people awaiting treatment after an assessment and not the number awaiting the initial assessment. Therefore it is impossible to compare figures across the country. The spokesperson did add that current waiting times are unacceptable and the health board was doing everything it could to try and get children treated as quickly as possible.

This entry was posted on Thursday, September 11th, 2014 at 10:41 am and is filed under orthodontics. Both comments and pings are currently closed.