Councillors raise concerns, as more than 170 children under 4 had teeth extracted in hospital in York in 2018 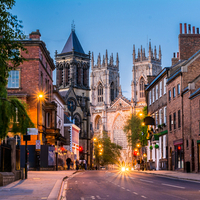 Councillors in York have raised concerns over children’s dental health services, as figures revealed that 177 children aged under 4 underwent extraction in hospital in the city last year. The rate is higher than the national average, and one of the council’s public health experts has questioned whether this is due to the fact that dentists in York are unwilling to operate on children at general dental surgeries.

Fiona Phillips, from the public health team, said that it was difficult to make sense of the statistics because standards of oral health are no worse in York than many other parts of the country, but referral rates seem to be higher. Ms Phillips suggested that dentists working in the community may be afraid to extract teeth at the surgery and this is contributing to more young children receiving treatment in hospital under general anaesthetic.

Cllr Paul Doughty questioned whether the high rate of extractions was linked to access problems, which are becoming more commonplace for adults in York but don’t affect the vast majority of the city’s children. More than 85% of youngsters see a dentist on a regular basis and there is also a service available at Monkbar Clinic for those who can’t get an appointment when needed.

To discuss the situation in more detail and try and identify potential solutions to bring extraction rates and hospital referrals down in the city, councillors are planning to invite representatives from NHS England to the next health and adult care social committee meeting.

This entry was posted on Wednesday, November 20th, 2019 at 4:36 pm and is filed under Children's Dentistry. Both comments and pings are currently closed.