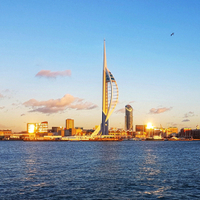 The leader of Portsmouth City Council has revealed proposals to take over three dental practices in the city, after Colosseum Dental confirmed that it was closing the surgeries. The news has cast an uncertain future for residents, with more than 9,000 people likely to be affected.

With the city currently having no NHS places available, Liberal Democrat council leader, Gerald Vernon-Jackson, has urged the council to consider plans to take over the practices in a bid to prevent a crisis. The council already owns the premises occupied by the clinics in Paulsgrove and Portsea, and Cllr Vernon-Jackson encouraged council members to consider the option of taking over the surgeries. The move would involve finding a contractor or employing dental staff directly. The council does not currently own the unit in Southsea, but Cllr Vernon-Jackson suggested that taking over the practices that are due to close was a logical solution.

The clinics located in Portsea and Southsea serve deprived areas, and the council is keen to avoid patients being left without access to NHS dental care. Speaking about his plans, the council leader said that it should be possible for the council to run the surgeries “off the private sector contract and take over the contracts with NHS England to provide the NHS dentist cover that people have had in the past.”

Investigations by the local newspaper showed that just one practice in the local area was accepting new NHS patients, and some of those affected by the closure of Colosseum Dental’s surgeries have already registered with clinics further afield in the Isle of Wight and Hambledon.

Portsmouth South MP, Stephen Morgan, has organised an urgent meeting with NHS England in the wake of the announcement, and the health secretary Matt Hancock has also been invited.

This entry was posted on Wednesday, June 19th, 2019 at 9:45 am and is filed under General. Both comments and pings are currently closed.