Could Strong Coffee Be The Solution For Healthy Teeth? 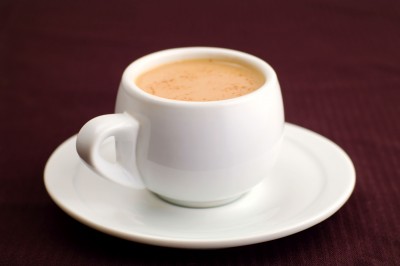 A study has suggested that drinking strong coffee on a regular basis could help to keep the teeth clean and healthy.

Research carried out by a team at the Federal University in Rio de Janeiro, revealed that coffee containing a lot of caffeine helped to destroy harmful bacteria and plaque. Researchers analysed the impact of robusta, which is a coffee bean, which is grown in Brazil and Vietnam, on the baby teeth. The findings of the study showed that the bean helped to destroy a film of bacteria found on milk teeth, which subsequently prevented the formation of plaque.

Lead researcher on the project, Andrea Antonio, said that the findings of the study are important because plaque is a major cause of gum disease and decay and any compound or substance that is found to combat the formation of plaque is beneficial. Professor Antonio explained that the bean helps to fight decay because it contains polyphenols, which break down films of bacteria, this reducing the risk of plaque forming.

Professor Antonio said that the results of the study were interesting, but he was quick to point out that it is not advisable to consume strong coffee on a frequent basis. Drinking coffee contributes to staining and if you drink coffee with creamed milk or sugar, this can increase the risk of enamel erosion.

This entry was posted on Wednesday, June 11th, 2014 at 10:43 am and is filed under Oral health. Both comments and pings are currently closed.