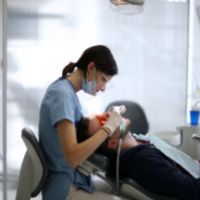 The MP for St Ives and West Cornwall claims that people have given up trying to get dental appointments because waiting times are too long.

Derek Thomas recently conducted a survey, which threw up “shocking” results. Mr Thomas has been campaigning for improved access to NHS dental care for years. At the start of the year, he sent out a survey to constituents, the findings of which were presented at a meeting in the House of Commons.

Mr Thomas said that the survey highlighted extensive problems. Almost half of participants had been waiting more than three years for a dental appointment and many were no longer on waiting lists because they had given up trying to get appointments because of the waiting time. Mr Thomas suggested that the NHS contract needs a major overhaul, as it is “fundamentally flawed.”

Mr Thomas admitted that he was surprised by the findings of the survey. He knew that there were severe problems in the region, but the extent of the crisis came as a shock. Nearly 50% of those surveyed had been waiting three years to see a dentist. The survey attracted more attention than any other poll or questionnaire the MP for St Ives and West Cornwall had run, including those linked to post office closures, noise pollution and local bus services.

Adults who participated in the survey shared negative experiences, including attempts at DIY dentistry and giving up trying to get appointments altogether.

NHS England and NHS Improvement recently presented a report to Cornwall Council, which showed that only 24% of the NHS dental work commissioned in 2020/2021 was delivered to patients.

This entry was posted on Wednesday, June 29th, 2022 at 11:34 am and is filed under Dental Access. Both comments and pings are currently closed.