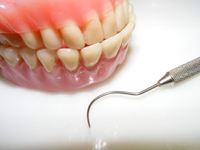 Copeland MP Jamie Reed has urged the government to act quickly to iron out dental health inequalities between children living in poor and affluent areas.

Mr Reed was speaking after the publication of figures that confirm that dental health issues are the leading cause of hospitalisatilon for children in the UK. Mr Reed was also alarmed by the staggering difference in rates of decay between children living in affluent areas and those from poorer regions. Children in Copeland are four times more likely to require hospital treatment for dental decay than those living in South West Surrey, which is Jeremy Hunt’s constituency.

Statistics from Public Health England show that 64 children required hospital treatment for dental problems in the last year alone. Nationally, the number of children being admitted to hospital for this reason has increased by a quarter in four years.

One factor contributing to high rates of decay in Copeland is missing out on dental appointments. Dentists recommend six monthly checks for children, yet figures showed that 28 percent of children in the borough did not see a dentist in the last two years.

Mr Reed said it is unacceptable that so many children are undergoing treatment under general anaesthetic as a result of a preventable illness.

This entry was posted on Tuesday, September 6th, 2016 at 11:04 am and is filed under General. Both comments and pings are currently closed.