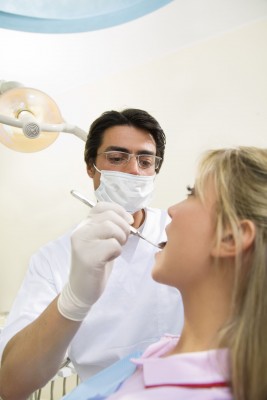 Jackie Hedger, from Dormansland, is all smiles after winning a brand new smile courtesy of the High Street Dental Studio in East Grinstead. The 50 year old will be entitled to up to £10,000 worth of dental treatment at the practice.

Jackie entered the competition hoping to win but assumed that she would never have a chance; when she received the letter telling her she was a finalist, she said that she was “overwhelmed.” Jackie has said on many occasions that fixing her teeth would be the first thing she would do if she won the lottery and now she is looking forward to enjoying a brand new smile.

Jackie recently turned 50 and she has also celebrated her daughter’s graduation this year; she said that she feels “awkward” when she smiles because she starts off beaming and then quickly realises that she does not want anyone to see her teeth. Jackie said that it was clear to see that she felt uncomfortable on the graduation photographs and admitted that the prize would change her life.

Jackie was awarded the prize because dentists at the practice recognised the difference it would make to her life. Dentist Jaspal Sandhu said that he had decided to offer the prize as a thank you for all the support the practice has received from local people.

Jackie is now considering what kind of treatment to have and is likely to go for new crowns and tooth whitening to give her a radiant, healthy smile.

This entry was posted on Thursday, August 9th, 2012 at 11:22 am and is filed under Dentist prize giveaway. Both comments and pings are currently closed.