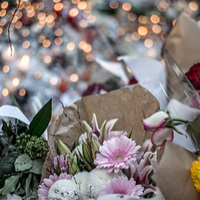 Colleagues have paid tribute to an “exceptional and gifted” young dentist who was killed in a car crash in Cambridge. Joy Harrild, 26, died following a crash on the A505 on December 6th. The 26-year-old worked at the Cambridgeshire Community Services NHS Trust, died at the scene of the accident.

The collision involved three vehicles and it occurred at around 9.30 in the morning. One driver was left with injuries, which were described as ‘non-life-threatening’. The other driver was uninjured. Staff at the trust were later informed of Joy’s passing, and tributes have poured in for the ambitious, caring dentist.

Head of dental services, Maria Ross-Russell, described Joy as a dentist who went “over and above” to help patients, and added that she was incredibly gifted with a “glittering future.” Maria stated that everyone will miss Joy immensely and her parting will leave a void at the service. She had such an infectious personality, and she will be missed by colleagues and patients alike. The trust also sent messages of condolence to Joy’s family and her partner.

Police are appealing for more information about the incident, and anyone who has information is encouraged to contact 101.

This entry was posted on Tuesday, December 20th, 2016 at 6:00 pm and is filed under Dental Graduate. Both comments and pings are currently closed.