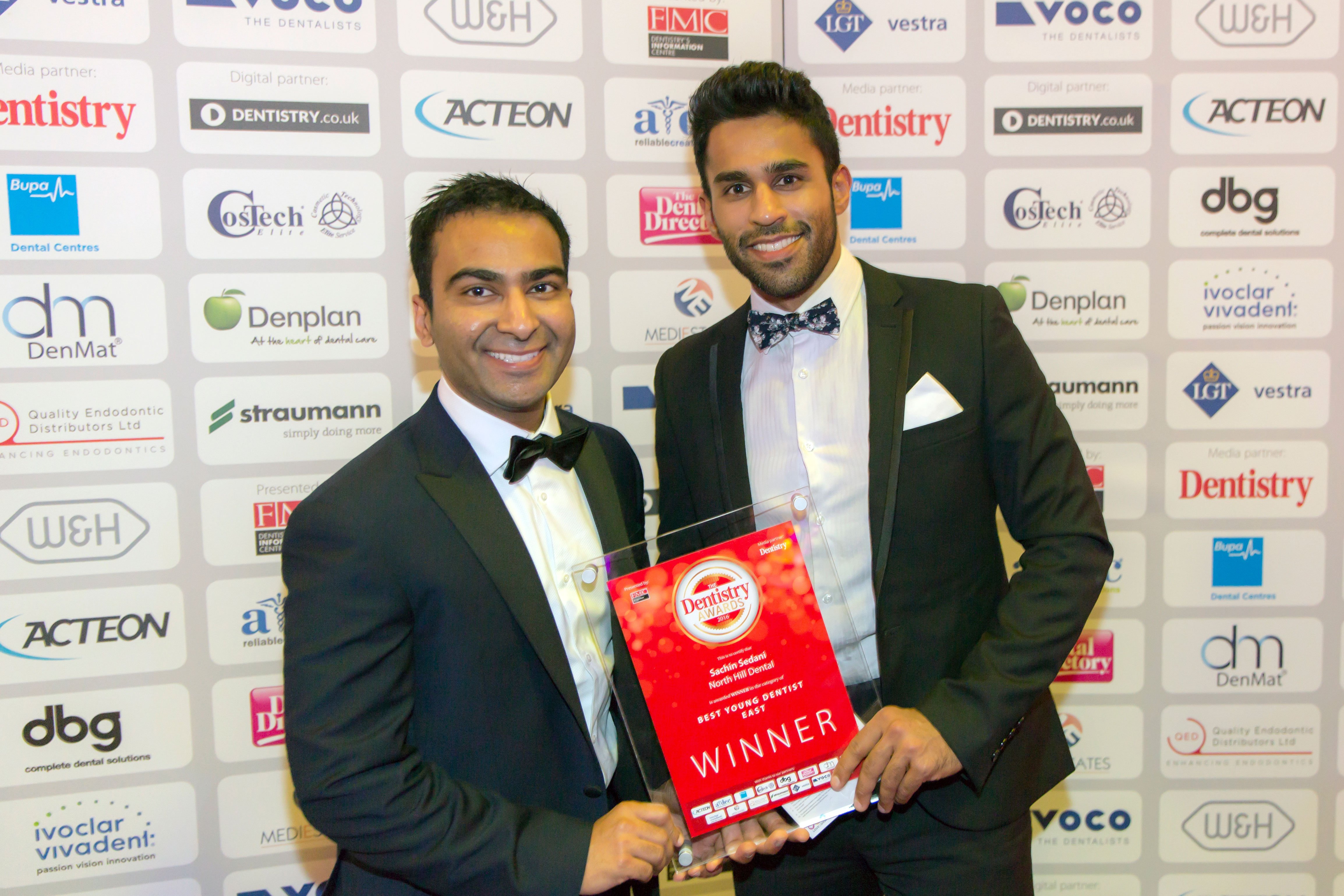 A dental team from Colchester has started the year with a bang after scooping a hat-trick of awards at the National Dentistry Awards.

The team from North Hill Dental has started as they mean to go in 2017 after being crowned the winners of a series prestigious awards: the practice won Best Team and Best Practice in the East, and dentist Sechan Sedani walked away with the title of Best Young Dentist 2016 (East).

Mr Sedani, principal dentist, said that it’s particularly rewarding to win the titles, as the awards are voted based on recommendations from clients. The news has given staff a boost, and everyone is excited about the months ahead. The aim is continue building on last year’s success, and ensure that customers and patients receive the highest possible standards of care and service.

The practice was established five years ago. At the time of opening, it had just five members of staff. It has grown rapidly, and now there are four surgeries and a total of 15 members of staff. The clinic specialises in implant treatment and modern orthodontics, but it also provides NHS care, and the reviews left by patients on NHS Choices are very positive. The team has a strong commitment to community involvement, and members visit schools on a regular basis. The practice also takes on apprentices from local organisations including Colchester Institute.

Mr Sedani is not new to awards success. In 2014, the practice was honoured at the East Anglia Business Awards.

This entry was posted on Friday, January 13th, 2017 at 5:00 pm and is filed under Dental Awards. Both comments and pings are currently closed.