Children should only drink water and milk 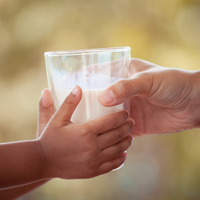 The panel of scientists behind the advice believe that sweeteners and sugar consumed at such as young age can have a great impact on oral health and overall well-being.

It’s been revealed by Public Health England that 9 out of 10 trips to the dentist for tooth extractions because of tooth decay are avoidable. If parents actively encourage their children to look after their teeth and mindfully asses which drinks they’re giving to their children, they could save a lot of damage in the future.

The guidelines have been published by the organisation Healthy Eating Research under their Healthy Drinks Healthy Kids initiative.

Dr Nigel Carter OBE, Chief Executive of the Oral Health Foundation, said: “Water is perfect, not just for youngsters, because it isn’t acidic, it has no calories and contains no sugar that can cause so much unnecessary damage to children’s teeth…We welcome these new guidelines and hope that as many parents follow them as possible.”

Healthy choices are encouraged not just at home but also in schools as it was revealed that 1 in 5 children are overweight or obese when they start primary school.

It has been suggested that supervised toothbrushing programs are brought into UK schools, but this is yet to be put into practice as something compulsory, if ever.

This entry was posted on Monday, October 14th, 2019 at 8:48 am and is filed under 'Invisible' braces. Both comments and pings are currently closed.