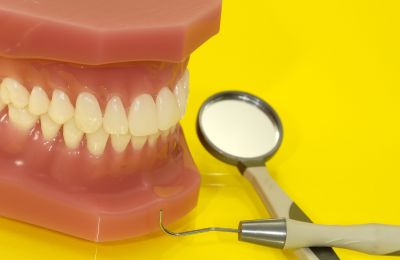 Two dentists from Dartmouth, Canada, have arrived back in the country after spending five days providing dental care for Syrian refugees. Asile and Asraa El-Darahali travelled to a Syrian refugee camp in Jordan as part of a project organised by the Syrian American Medical Society.

The sisters worked long days and provided treatment for up to 40 patients per day. Many were suffering from dental pain and standards of oral health were generally poor. The trip cost $3,000 per person and the sisters raised their own funds to collect a total of $10,000 before they left Canada.

During their 5 day stay in Jordan, Asile and Asraa saw a variety of different dental cases and patients who faced various challenges. Toothache, abscesses and gum disease were common complaints, but other difficulties included tooth loss caused by shrapnel wounds.

Asile regularly volunteers at a clinic for low income patients back in Canada, but said the situation was different here and although it was rewarding to help people in need, it was also frustrating as they had such limited time and could only treat a limited number of people.

After returning home, the sisters are already planning to volunteer again. They may go back to Jordan if there is still demand for help, or travel to other parts of the world to offer their dental skills.

This entry was posted on Tuesday, December 8th, 2015 at 10:01 am and is filed under Charity. Both comments and pings are currently closed.