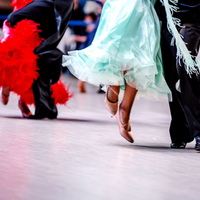 A group of Bupa dentists who organised a charity dance event to raise money for Make-a-Wish have waltzed to success at the Irish Dentistry Awards.

The Bupa team was awarded the Best Charity Project at the prestigious ceremony after planning an event that saw 10 couples take to the dancefloor in front of more than 350 people. The participants were trained by dancers from Ballroom Blitz, and they showcased an impressive range of skills and moves to wow the crowds. The team, which was made up of staff members from Bupa Dental Care Banbridge, raised around £15,000 on the night, which was bumped up to £25,000 by Bupa’s charity matching initiative.

Bupa has been working to support Make-a-Wish for many years, and it is a charity that is close to the hearts of many employees. The charity supports children with life-limiting illnesses and their families, providing them with once in a lifetime experiences and adventures.

The Irish Dentistry Awards were held at the Round Room at Dublin’s Mansion House.

In light of hitting their previous fundraising target for Make-a-Wish in 2019, Bupa has now increased its goal for this year to £40,000.

Gordon Hughes, a local Bupa dental practice manager, said that the Bupa team wanted to do something a little bit different to raise money for Make-a-Wish this year, and the idea of the dance competition was born out of a shared love for Strictly among local Bupa dental professionals. The event was a huge success, everyone had a brilliant time, and, most importantly, the charity received a vast sum of money, which will make a positive difference to many children and their families.

This entry was posted on Monday, April 15th, 2019 at 3:09 pm and is filed under Charity. Both comments and pings are currently closed.