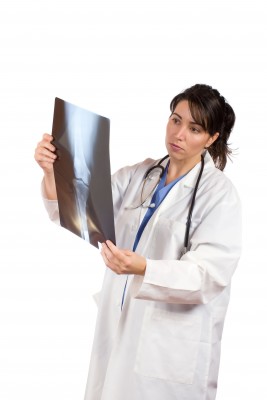 A teenage girl from Brighton was left stunned after swallowing her toothbrush whole; 19 year old Georgie Smith panicked and feared for her life after swallowing the brush; when she noticed the brush slipping down her throat she was unable to react because she has no gag reflex.

Georgie, a student at Guildford University, thought she would choke to death after swallowing the brush and said she was shocked and hugely relieved when she realised that the brush was not stuck in her throat and she could still breathe.

When she went to hospital, doctors told her that there was nothing they could do and urged her to let nature take its course; the brush was not visible on X-rays and Georgie was told that it may already have passed through her digestive system.

Georgie is not the only victim of a toothbrush-related incident; statistics from the Home Accident Surveillance System revealed that there were 20 accidents last year. One women in Israel accidentally swallowed her toothbrush when standing over the sink as she was brushing her teeth; at first doctors did not believe her because nothing was showing on X-ray images; however, the brush was picked up on a CT scan and removed using endoscopic equipment.

Dr Uri Segel, the doctor who performed the surgical procedure to remove the toothbrush, said that the lesson for doctors was to listen to their patients.

This entry was posted on Monday, November 5th, 2012 at 11:07 am and is filed under General. Both comments and pings are currently closed.