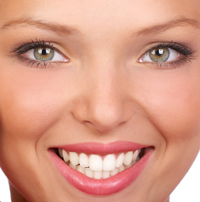 The British Dental Association has issued a fresh warning over illegal teeth whitening following a BBC documentary that focused on illegal treatments on offer in the West of England.

Undercover reporters working for the BBC investigated illegal treatment provision in the West of England as part of a documentary entitled ‘Inside Out West’. During filming, investigators found evidence of online trainers who had no valid qualifications and were recommending products to use. The team also came across and illegal provider who had been prosecuted by the General Dental Council (GDC) previously. He was operating under another name just two years after the initial charge.

Professor Damien Walmsley, the BDA’s scientific advisor, warned the public to be alert to illegal providers and the dangers of online marketing and retailing. This documentary focuses on the West of England, but the problem of illegal treatment is by no means confined to this area. Across the UK, there are lots of people offering whitening treatment without the relevant training or dental expertise and this puts clients at risk.

Professor Walmsley advised patients to be wary of illegal treatments and strongly encouraged those who wit to have teeth whitening treatment to see their dentist. As whitening is a dental treatment, it should legally only be available from trained, qualified and registered dentists. Anyone who offers treatment without the relevant expertise and GDC registration is liable for legal action.

This entry was posted on Thursday, March 3rd, 2016 at 11:29 am and is filed under teeth whitening. Both comments and pings are currently closed.