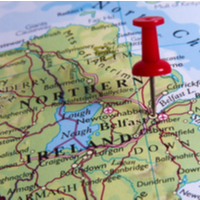 The British Dental Association in Northern Ireland has warned that the future of dentistry ‘hangs in the balance.’

Richard Graham, chair of the BDA Northern Ireland’s Practice Committee claimed that without help from the government, practices face a bleak future. Speaking at a meeting of Stormont’s health committee, Mr Graham said that practices will not be able to survive a sustained drop in patient numbers.

Practices that have managed to reopen are limiting patient numbers due to social distancing measures and guidelines related to gaps between patients, but the cost of PPE is also contributing to a lack of provision. The cost of PPE has rocketed in the last few months and dental teams are required to wear additional items. At a time when income is low, running costs are soaring, and this is a model Mr Graham stressed was not sustainable.

Acting chief dental officer with the Department of Health, Michael Donaldson, said that procuring PPE was one of the major obstacles facing health officials, but great strides have been made in supplying dental practices with the PPE they need. The department will continue to provide dentists with support at a time when many are facing unprecedented hardship. Mr Donaldson stressed that concerns and worries were being taken into account and pledged to help dentists as much as possible in the weeks and months to come.

Estimates from the BDA suggest that the cost of PPE has increased by up to 6000%, with some dentists claiming an additional cost of £50 per patient has been added to running costs.

This entry was posted on Monday, June 29th, 2020 at 9:26 am and is filed under Coronavirus. Both comments and pings are currently closed.