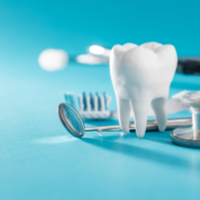 The British Dental Association has criticised health ministers for failing to prioritise dental health as part of a new 10-year plan for the NHS, which is designed to focus on preventative care.
Recently, Prime Minister Theresa May launched the 10-year plan, which health bosses claim could save up to 500,000 lives per year. While additional funding for some sectors, including GP and community care and mental health services has been welcomed, there are areas that seem to have been ignored, according to the BDA.
Although there is a mention of the Starting Well scheme, which is aiming to encourage parents to take children to the dentist from the age of 12-24 months, the BDA claims that there is no “coherent strategy” to improve dental care. No additional funding has been made available for the Starting Well initiative, and dentists believe a lot more needs to be done to reduce rates of childhood decay. Currently, decay is the leading cause of hospital admissions among children. NHS spending on dentistry has fallen from £40.95 to £36 per head in the last five years, and dentists were hoping that Matt Hancock, health secretary, would invest in preventative dental measures to improve standards of oral health in the future.

This entry was posted on Tuesday, January 15th, 2019 at 4:52 pm and is filed under General. Both comments and pings are currently closed.