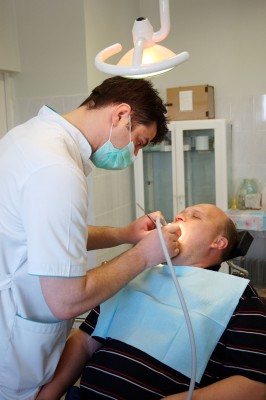 A dentist from British Columbia is offering free oral cancer screening as part of Dental Health Month, which will run throughout April.

Dr Shawn Lee is offering free screening tests at his office as a means of raising awareness about oral cancer and giving back to the local community. The screening tests are very quick and simple, but they can make a huge difference to survival rates, as early detection can increase the chance of survival to 90 percent.

According to the Oral Cancer Foundation, oral cancer is becoming increasingly prevalent, with approximately three times more cases than cervical cancer. However, public awareness of the disease is still low and as a result, most cases are not diagnosed until an advanced stage, when the chance of survival is much lower. Approximately 50 percent of people who are diagnosed with the disease will die within five years. This could be greatly improved if people were aware of the symptoms and warning signs they should be looking out for.

In addition to screening tests, regular check-ups are also very important, as dentists can spot potential early indicators and arrange further tests, which will be used to confirm a diagnosis and treatment can then be arranged as quickly as possible.

This entry was posted on Monday, April 16th, 2012 at 10:39 am and is filed under Dentistry abroad, General, Gum disease, Oral health. Both comments and pings are currently closed.